You may know about Pandora, but does Skytide ring a bell? Well get ready because that's all about to change. INOAK was created by a handful of innovative new companies based in Oakland to inspire, encourage, and help build a strong tech business sector here in Oakland.

"Oakland is the center of The Bay Area and is a commuters dream.", says Chris Mottau of North Venture Partners http://www.northangels.com/ a angel investment group that helps tech companies gain a foothold in the marketplace. "The City of Oakland, the Community Benefits Districts (CBDs), and local business have been working over the past year to bring INOAK together", continues Chris. "This is truly a community collaboration and we are looking to get the word out."

Well you just did Chris!

The next Meet Up is August 19th in The Den @ The Fox and starts @ 5:00 PM . To learn more, visit INOAK http://www.inoak.org/ or visit their Facebook page.

So I roll out of the INOAK event right into...

The Summer Block Party That Lasts Until October 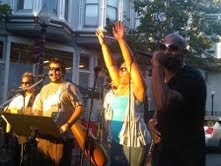 Thursday Night Live (TNL) is produced by The New Old Oakland Entertainment Group; a coalition of Old Oakland businesses formed with the purpose of bringing more people to the neighborhood. By partnering with the CBDs, Eastbay Express, Club One, and Yelp this team of “take charge of our own destiny” business owners refuses to wait around for opportunities to show up. In classic Oakland fashion, they have adopted a "smash and grab” entrepreneurial approach to growing their businesses.

“Residents from all over Oakland love Oakland’s potential,” says Tina Aiyer a member of The Group. “Every nationality is here partying together!” Furthermore, “Promoting social engagement through food, and music events that reflects the 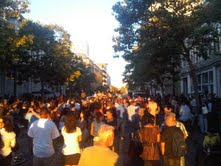 cultural diversity of our city is essential.”

Make the rounds and check out The Trappist http://www.thetrappist.com/ , Tamarindo http://www.tamarindoantojeria.com/ , B Restaurant http://www.boakland.com/ , Air Lounge, Blackbird Gallery, Levende East, and get some of Benny B’s Jerk Chicken Wings @Liege http://www.liegeoakland.com/ Hitting all the spots in one evening may be a bit much, but you can always map it out for next time.

Mr. Oakland
Posted by Mr. Oakland at 9:17 AM No comments:

The Icon, The Artist, & The Super Hero

They say loss comes in 3s. For the past 2 weeks that has been painfully true for Mr. Oakland. Since July 3rd, 3 people in my life have "moved on". Three people that exemplify for me what it means to live the "Oakland Life". The life that so many people want to hate on and yet, can't help but want to BE US.

Love is Alive in Oakland

Growing up as a church kid, I was condemned to attend church-related functions sometimes 3 to 4 times per week. While I hated going most of the time (sorry Mom), choir rehearsal was one functions I loved. Why? Because we could learn Walter Hawkins songs: One of the benefits of growing up post "Oh Happy Day".

The Hawkins made it cool to be spiritual and funky, funky, funky! By making gospel music relevant to daily life and exposing the "true roots" of popular music, Walter (and his brother Edwin) became musical icons that changed not only gospel, but popular music around the world.

I will miss Walter for performing @ Art and Soul, always being fly (especially the hair), and mostly for reminding me that I live in a culturally relevant city that is ever changing, improving for the better, and influencing the world.

Oakland's Light Chaser
I met Cathy Austin through her photography. Rich, vivid, and sometimes ethereal, the work had a strangely calming effect on me. She would say, "It's the light". "I wait for the light to reveal the true image." No effects. No PhotoShop. Just "the light".

Without fanfare, she came with Karen, her partner for over 20 years, to hang 12 pieces of her Oakland-centric works @ The Golden Bridge Lofts. The two of them worked quietly and in joy: Laughing, encouraging, critiquing until things were just right. Watching these two work, I never imagined that there was a war going onwithin Cathy's body. I only saw love and admiration. 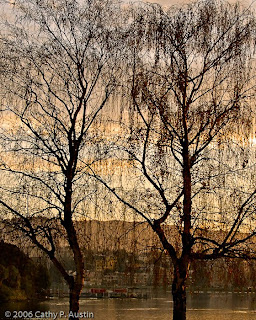 During our brief time together Cathy showed me the art of sharing. Sharing her passion for her art (she was a jazz DJ as well), her love of Karen, her friends, Big Blue, and her love for Oakland. Man she loved her some Oakland.

She was waiting for Oakland's light to be "just right"...
and for her, it is ever perfect.


Wonder Woman Was Here
Christy Freitas wasn't famous. She didn't have one of "those" talents that made every 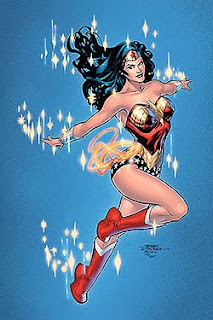 one stop and notice her. What she was was extremely genuine. Bright, sarcastic, funny, & imaginative she could bend you over with laughter or scold you into submission with a simple glance.

This ability was due to her "magic power". Powers gleaned from her time in Amazonia hanging with Wonder Woman. You remember "The Lasso of Truth", indestructible bracelets, and invisible jet, right? She always claimed to have this gear, but would never show me. "That's only to be used when necessary."

As a mere mortal, she had the power to pour courage, sincerity, generosity, and love on her family and friends.

To top it all off, she was a mad crazy Raider fan.

And that's alright by me!

PS Oakland: Think of 3 people in your life that best exemplify the "Oakland Life". I would love to hear about them. MO
Posted by Mr. Oakland at 10:52 AM No comments: